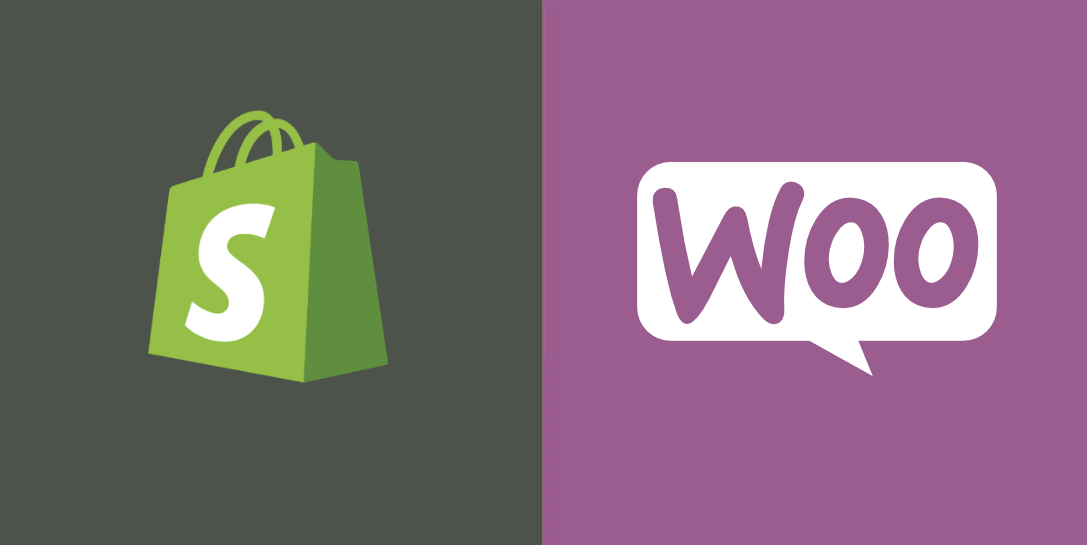 Or let a Lorem Expert do it for you.

Save time and get results by hiring a pro.

Shopify or Woocommerce: Which is Better For Your E-Commerce Business?

Shopify or Woocommerce? They are indisputable giants in the e-commerce space right now. They keep an impressive market share, powering upwards of a couple of million online stores collectively. Some renowned stores that use WooCommerce include New Balance and Root Science while Lollapalooza and Budweiser use Shopify.

Well, gosh darn. Which one do you choose?

It’s a tough decision, to be sure, but after reading this article, you’ll understand even better why many e-commerce businesses have a hard time choosing between the two platforms. You’ll also get a clear picture of what type of store owners either platforms cater to best. Hopefully, through that, you’ll be able to decide which is better for your business.

A brief overview of Shopify and Woocommerce

Both Shopify and Woocommerce can duke it out in a battle of e-commerce features, blow for blow. Much of the features that are available in one platform is usually available in the other as well.

Having said that, however, it’s important to note that the two are fundamentally different from one another.

Shopify is an all-in-one e-commerce solution suitable for store owners who wish to set up an online store without having to delve deep into the technicalities.

When you get Shopify for your store, you’ll be set in a jiffy, as Shopify plans include everything, from domain registration, hosting, and the e-commerce platform itself. You can set all these up even if you don’t know anything about building a website.

Shopify is a premium service, offering a number of tiers that suit businesses depending on their size.

Woocommerce is a powerful and extendible e-commerce platform that lives inside the Wordpress ecosystem. It is a free-to-install plugin that turns your Wordpress website into a full-fledged e-commerce store.

Though it is technically a plugin, Woocommerce doesn’t fall short in terms of features and can do most if not everything Shopify can. The caveat here is that you’ll have to get your hands dirty and go a bit involved in setting it up and configuring it to suit your business. The learning curve isn’t steep, however.

Woocommerce is a free plugin, with premium extensions that enable you to use premium features.

Shopify or Woocommerce: Which is the better e-commerce platform for your business?

Now that you have a more-or-less clearer picture of what Shopify and Woocommerce look like, and how apart they are in terms of approaching e-commerce, it’s time to put the two head-to-head.

For this article, we chose to hone in on seven important aspects which we think will help you come up with an informed decision by the end. They are:

Which between Shopify or Woocommerce is more cost-effective?

Cost is a very important aspect when deciding between two platforms. While it’s easy to argue that online store costs can be paid off when sales roll in, it’s still a big factor especially to those who are just starting out.

Shopify: How much does it cost to set up?

Shopify’s pricing is pretty straightforward. You select between three plans:

The plans include access to the Shopify platform, which allows you to build an online store, list unlimited products, and sell through a selection of sales channels.

If you are a small business that’s just starting out, you can get away with the Basic Shopify plan. Your cost in hosting your online store will go approximately around $150 - $200 per year.

Shopify also charges “transaction fees”, which can go up to 2.0% per transaction. This can add up quite quickly, so we think it’s important to note.

Woocommerce: How much does it cost to set up?

Unlike Shopify, Woocommerce is completely free. It’s a Wordpress plugin with extensive e-commerce features that you can further improve using paid extensions.

Extension prices tend to be pricier than those in Shopify, but it’s worth noting that Woocommerce extensions are one-off payments versus Shopify’s subscription-based model.

If you’re starting from scratch, you’ll have to prepare around $100 (or more) to cover Wordpress hosting costs.

Woocommerce charge varying transaction fees depending on which payment merchant you choose. PayPal (via Braintree), for instance, is free for the first $50,000 in transactions. After that, you’ll have to pay 2.9% + 30 cents per successful credit card or digital wallet transaction. More on payment merchants later.

Which is easier to use: Shopify or Woocommerce?

There’s no debate as to who wins this. It’s obviously Shopify. It’s the easier e-commerce platform to use, even if that’s at the cost of accepting hard limitations in terms of flexibility. Shopify’s ease-of-use is also the very reason why many store owners jump in on it, despite the cost.

Woocommerce, meanwhile, offers better flexibility. As a result, however, it isn’t the easiest to use. It has extensive documentation, which makes sense because you’ll find yourself referring back to it frequently. What that gives you, though, is the ability to do just about anything you want in terms of customization and adding features. This is, of course, provided you’re putting in time and resources in developing your desired additions.

Which between Shopify and Woocommerce offer better design?

This design category is two-fold. We’re taking into account the dashboard UI as well as the customer-facing site design. Shopify wins the former by a mile, let’s get that out of the way. With an intuitive UI, the Shopify dashboard empowers store owners to tinker with their store settings without the need to learn how to code.

Woocommerce is baked into the Wordpress UI, which if you’re used to it, you’ll find yourself getting used to it fairly easily. Still, it’s hard to champion Woocommerce’s familiar design over Shopify’s user-friendly UI.

As for web design, both offer great options. Shopify offers very usable free themes that look great out of the box, and then some premium ones if you’re looking for more feature-rich themes. Woocommerce uses Wordpress themes, and a lot of premium themes consider the platform a whole lot in crafting their design.

It’s also worth noting that while Shopify themes are easier to customize, Wordpress themes are more customizable, provided that you know basic coding.

Shopify and Woocommerce offer a host of payment methods. Store owners have the option which merchant they trust to collect payments from customers.

We’ve listed each of the platforms’ supported payment methods:

Shopify offers its proprietary payment method called Shopify Payments, but it’s only available in select countries. If you’re outside the US, UK, Canada, Australia, or the few other countries included in their service, you’ll have to use a third-party service. This will set you back with transaction charges versus Shopify Payments.

You can also install third-party payment merchants like Stripe, Klarna, Authorize.net, and more.

Woocommerce has the bigger list of payment merchants you can use. In addition to the standard cash-on-delivery, check, and bank transfer, you also have the option to use third-party services.

It’s worth bearing in mind that Woocommerce offers free and paid extensions for most of existing payment merchants. They offer more known options like Square and Amazon Pay as well as regional merchants if you need it.

Which between Shopify or Woocommerce has more integrations?

If you run an e-commerce, you’re bound to use a number of different tools, be it email marketing software, CRM, analytic tools, lead generation tools, or a bunch of others. Luckily, both Shopify and Woocommerce offer great options when it comes to extensions.

Shopify has an impressive API set up, as well as an app store with hundreds of apps to purchase and install integrations in your store. It’s worth keeping in mind, though, that most of Shopify’s paid apps often come with their own monthly subscription fees. If you’re on a tight budget, you’ll have to stick to the free apps or at the very least be selective of which paid apps you install.

Woocommerce offers 55,000 free Wordpress plugins, and there are even more if you are willing to shell out some money. Many of the free plugins will give your store a good boost, too. If you have a developer on-staff, you can also create your own Wordpress plugin to get any feature you want up and running.

Which has better support and data ownership options?

Both Shopify and Woocommerce offer decent support options. On top of its documentation and how-to guides, Shopify has a 24/7 support via live chat, phone, email, and Twitter. Woocommerce, being self-hosted, will rely on your web host’s support. Woocommerce has extensive, tutorials, and guides, however, if ever you feel lost.

As for data ownership, Woocommerce beats Shopify. While the latter offers great features, your store data still sit in Shopify’s servers. Woocommerce, meanwhile, is built inside Wordpress. Meaning, your data will live inside your site, which is all yours.

Which is more scalable, Woocommerce or Shopify?

Shopify is marketed as a turnkey e-commerce solution for businesses. As such, everything including performance and security are handled by the platform itself. The only consideration you need to take is the decision to upgrade plans.

Woocommerce, meanwhile, offers more flexibility in terms of scaling. You can manage your resources since you have manual control of everything in your website. Of course, that doesn’t mean you won’t have to upgrade your web hosting, as your website grows in traffic and in size.

It’s still out. Both Woocommerce and Shopify are great e-commerce solutions. They each bring something unique to the table. However, going through our extensive comparison, you will hopefully find your match.

Here’s what we think: If you want to create an online store without getting drowned with web development tasks, go with Shopify. If you want more flexibility (and prefer open-source, meaning you own your data), go with Woocommerce. Either way, you won’t regret choosing one over the other.

We’ll close this with an invitation. If you want to overtake the hassle of building an online store from the ground up, have one of our Lorem experts do it for you.

Chat with a Lorem expert today.

Or let a Lorem Expert do it for you.

Next Up
Lorem Recommends
5
Min Read

Can I Trust Fiverr?

Founded in 2010, Fiverr is a freelance hiring platform for any digital service needed. But can you trust it? In this post we evaluate the reviews of Fiverr.

In this article, you’ll get a clear picture of which freelancing platform is best for you, PeoplePerHour or Lorem.